Afrivet recently held a conference that focussed on animal health in terms of disease identification and management. South Africa is known for its tick challenges and the third day of Afrivet’s conference appropriately focussed on solutions for Africa, from Africa and by Africans. Dr Riaan du Preez, general manager of new business development at Afrivet, chaired the day.

One of the speakers on day three, Prof Jose de la Fuente from the Department of Molecular Biology at the Instituto de Investigación en Recursos Cinegéticos, spoke about tick vaccines and the process of developing a tick vaccine. He referred to quantum vaccinomics (QV) as a method of vaccine development technology. The QV approach is based on the characterisation of vector-host-pathogen molecular interactions and the immunological quantum to advance vaccine technology. The QV platforms for protective antigen design have various options such as interactomics, regulomics, vaccinomics and vaccination trials.

Read more about the legislation regarding shipping here.

Prof Christine Maritz-Olivier of the University of Pretoria’s Department of Biochemistry, Genetics and Microbiology, focussed on research regarding tick defence mechanisms for the evasion of host immunity and how climate change affects this. Her research also focussed on the research environment and found that heterozygous ticks have increased while there has been some homozygous resistance increases despite vigorous dipping practices.

Maritz-Olivier said that a three-part administration process is among various challenges researchers are facing in the development of a universal tick vaccine.

The fight against redwater

Dr Neil Fourie, a consultant at Afrivet, elaborated on Africa’s battle against Asiatic redwater (ARW). The situation is exacerbated by a lack of research on the subject, along with low availability of vaccine against the disease. ARW is transmitted via the Asiatic blue tick (Rhipicephalus microplus) and has disastrous effects, such as poor organ perfusion and the accumulation of parasitised erythrocytes that leads to oxygen deprivation.

According to Fourie, there is an increase in blue ticks due to ARW’s presence in South Africa and acaricide resistance. It is therefore vital that a herd develops herd immunity and resistance as immunity will increase the survival rate among young calves. One strategy to increase immunity is to establish endemic stability.

Prof Abdalla Latif of the School of Life Sciences at the University of KwaZulu-Natal, shared research into tsetse transmitted African animal trypanosomosis/nagana in South Africa. Latif’s research focussed on the so-called tsetse belt in KwaZulu-Natal. Nagana is the Zulu term for the disease due to its negative socio-economic impacts on affected cattle, cattle health, and human health.

Latif explained that the Glossina moralitans and G. pallidipes variants (species of tsetse flies) are considered the major transmitters. The research investigated the prevalence of previously believed variants, G. brevipalpis and G. austeni, and their ability to transmit the disease. It also investigated the possibility of creating a disease transmission hurdle to see how it impacts the disease’s transmission patterns. The research area’s cattle are still being monitored.

Dr Nick McHardy, consultant to Bimeda, discussed the diagnosis and treatment of East Coast fever (ECF) and corridor disease (CD). These are Theileria diseases and require a basic control strategy which is to diagnose early and correctly, treat as soon as possible and correctly, diagnose, and treat concurrent diseases, observe the treated cattle’s health afterwards, and review one’s tick control strategy.

Theileriosis causes severe immunodepression as it is a rapidly fulminating disease – early treatment is therefore very important. Good care, good nutrition and minimal stress form the winning recipe to promote the recovery of affected animals. A focus of killing piroplasms must be part of a tick control strategy.

Read more about the latest developments in biosecurity here.

Sikhumbuzo Mbizeni, a veterinarian of the University of South Africa, discussed the potential threats posed by local corridor disease (CD). Mbizeni said that CD was officially diagnosed in South Africa in 1955 in the corridor between the Hluhluwe and Umfolozi game parks. The disease is endemic to certain buffalo populations and not only restricted to cattle. Mbizeni noted that there has been an increase in CD in the past 25 years. Treatment of CD in infected cattle is a challenge as the current Animal Disease Act prohibits certain treatments.

Dr Didi Claassen of Afrivet Business Management discussed Wirevax which is the first vaccine against wireworm in South Africa. Wireworm is one of the most important roundworms in the world and infestation has a significant economic impact. The wireworm has a 21-day life cycle and causes symptoms such as anaemia, bottle jaw and sudden mortalities. The vaccine penetrates certain areas of the worm’s intestinal tract. Vaccine trials have shown worm egg counts to drop by 80%, along with decreased levels of anaemia among infected sheep and a decrease in contamination whilst grazing. The vaccine should be used as part of a holistic control programme.

Development of a sheep scab vaccine

Dr Steward Burgess of the Moredun Research Institute in Edinburgh, talked about the research and development of a recombinant subunit vaccine for the control of sheep scab. Coordinated control, he explained, is crucial, especially when sheep scab has infected a flock and thus increases the chances of a re-occurrence year after year. The clinical symptoms of sheep scab will only show weeks and/or months after having infected the sheep. A vaccine with demonstrated efficacy is needed to obtain successful flock immunity. Researchers are currently working on further optimisation of the vaccine by reducing and/or consolidating antigens to reduce complexity and reduce the vaccine’s overall cost.

Babesia vaccine on the cards

Dr Damien Bellido of the Bioinnovo Institute in Argentina, elaborated on current research into babesia diseases such as redwater. Redwater is a global disease with primary infection traits such as acute fever, anaemia, and mortality. After the first infection, the cattle’s immune system responds followed by a benign infection, also known as enzootic stability. Bellido stressed the importance of having a well-defined, effective, safe, and sustainable subunit vaccine available to control the Babesia parasites.

Unfortunately, there is no effective subunit vaccine available. The aim is to develop one that targets many strains and combines the safety of killed vaccines with the potency of live ones.

Dr Chris van Dijk, a specialist bovine veterinary consultant, discussed the two sides of the antimicrobial resistance (AMR) coin. Van Dijk stated that researchers are still searching for new and improved drugs in a bid to gain control of infectious diseases and to keep abreast of bacterial changes to outwit antimicrobials.

Antimicrobials have various uses in animals and serve various purposes in animal production as therapeutic, prophylactic and development promoters. Antimicrobials can easily be transferred within and between various ecosystems and populations. Van Dijk referred to the One Health Approach (OHA) which addresses humans, the environment, and animals. The drivers of AMR are the amount of antibiotics used in animals and humans, the reliance on broad-spectrum antibiotics, poor infection control practices, a lack of veterinary health professionals, weak regulations, and enforcement mechanisms. These drivers can only be addressed with efficient communication and education. – Phillip Crafford, Plaas Media 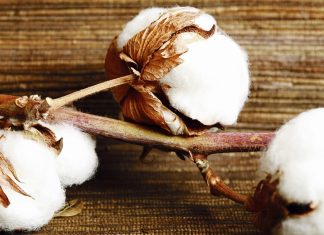