Spotlight on LITS-SA: Where do we stand and how will it work?

The recent and ongoing outbreak of foot-and-mouth disease (FMD) in various South African provinces has once again put the spotlight on the importance of a national livestock identification and traceability system (LITS-SA). Willie Clack, chairperson of the LITS-SA committee, says the development of this system is progressing well.

He says the process of rolling out the system at a national level began in 2017 when the then Department of Agriculture, Forestry and Fisheries (DAFF) published a draft document on a livestock identification and traceability system for South Africa.

The policy proposal was based on the standards of the World Organization for Animal Health (founded as OIE) and provided for the establishment of the LITS-SA committee to develop the system. The committee, which consists of five representatives from the department and five from the red meat industry, is also responsible for the legislative component of the system.

The University of Pretoria, under the auspices of UP Enterprises, was responsible for drawing up a business plan. The late Dr Michael Bradfield, one of the country’s leading livestock experts who was instrumental in the implementation of traceability systems in other African countries, played a leading role as a consultant for LITS-SA before he passed away.

According to Willie, this system, which is being developed in collaboration with the Council for Scientific and Industrial Research (CSIR), is currently still a voluntary system. It will only become a ‘compulsory’ system once legislation has been approved. The state oversees its implementation. He says, however, that huge efforts are being made to divert its implementation to producer organisations.

Read more about the concept of electronic auctions here.

“Even if the entire database is in place, the system cannot yet be made compulsory. Legislation must first be in place.” According to Willie, the Animal Identification Act, 2002 (Act 6 of 2002) must be amended as it currently provides only for branding and tattooing, as well as the Livestock Theft Act, 1959 (Act 57 of 1959) and the Animal Health and Welfare Act, 1984 (Act 35 of 1984). The process of amending legislation can take up to five years.

Willie emphasises that LITS-SA is a traceability system designed to track the movement of animals. It is not a herd/flock management system.

The process of implementing the system involves several steps. The first is the registration of all stakeholders on the LITS-SA system. This includes not only producers, but all livestock owners, auction kraals, abattoirs, feedlots and livestock handlers.

Details for registration include the name of the farm or business, the owner’s identity number, contact number and address where the animals are kept. “If more than one property is used for farming, each farm will have to be registered separately on the system,” says Willie.

Afterwards, the official radio-frequency ear tags (RFID), as recommended by the department, will be made available. Willie says these ear tags, which contain information pertaining to a producer’s entire herd/flock, are entered into the system’s database. Information linked to the ear tag includes the animal’s breed, colour and sex. An animal’s vaccination status for controlled diseases such as FMD will also have to be indicated.

The RFID ear tag, which looks like a button and not the traditional ‘swing’ type ear tags, is attached to the left ear. The producer’s own ear tag is then attached to the animal’s right ear.

Willie says if animals are moved or sold, the identification numbers will be transferred through this system to the auction kraal, abattoir or new owner. Certificates for these animals are issued in terms of section 6 (transfer of ownership) and section 8 (livestock removal) of the Livestock Theft Act. The system will also issue a health declaration in accordance with the existing biosecurity rules that apply at auctions.

In terms of the implementation of LITS-SA, says Willie, the development of the database is progressing well and the CSIR will most likely hand it over to the state in the near future. The current focus is on the ear tags, which already meet the requirements of the International Committee for Animal Recording (ICAR). These RFID tags will be low-frequency tags for easy reading and use by producers.

The LITS-SA system is currently completing a test phase in KwaZulu-Natal – an area in which FMD is endemic – and good progress is being made. Willie says 1 076 people in communal areas in the province have already been registered on the database, along with 22 223 head of livestock, all of which have been vaccinated against FMD.

Disease control is a priority

Rachelle Cloete, founding member of GMP Traceability Management Software and co-developer of the GMPBasic® software program for livestock identification and herd management, says when it comes to worldwide animal health, the use of a national traceability system is crucial. Countries around the world use it mainly to control disease, and its local implementation is by no means negotiable.

Human health, she says, is affected by the continued availability of safe animal products, which necessitates the protection and development of sustainable and responsible livestock production in South Africa. The LITS system will provide the necessary tools to improve market access, animal health and welfare.

Many importing countries consider traceability systems based on OIE guidelines to be part of their minimum sanitary requirements. Some of South Africa’s neighbouring countries, such as Namibia, Botswana and Swaziland, already have various levels of identification and traceability in place, says Rachelle.

Protection for the industry

She believes the protection a national traceability system offers the industry is invaluable. It provides timely and quality information on the location, movement history and other important characteristics associated with livestock to owners, processors and the government.

The following functions are also managed by such a system:

According to Rachelle, the data integrity of a national system is extremely important. All data must be verified, along with the authenticity of the ear tags, the registered owners and the place where animals are kept. In the case of LITS-SA, this process is conducted under the protection of the Animal Diseases Act and the latest biosecurity rules of the Agricultural Produce Agents Council (Apac) contained in the Act.

Rachelle says there are a number of commercial software platforms that are used voluntarily in the industry. The ostrich industry, for example, has had traceability systems in place since 2012 to enforce disease control, particularly with regard to bird flu and Newcastle disease.

Willie emphasises that producers involved in any traceability system must ensure the company making the system available is ICAR registered, so that information on those systems can eventually be transferred to the LITS-SA system. – Christal-Lize Muller, Stockfarm

For more information, contact Willie Clack at wclak@unisa.ac.za or Rachelle Cloete on 083 630 7181 or support@gmpbasic.co.za.

Soil health in a nutshell 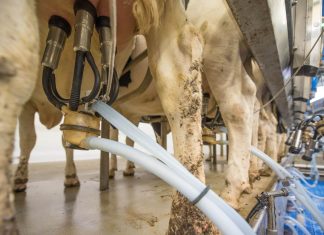 And the winner of the 2022 MPO Nedbank stewardship awards is...