Home Editor's pick A1 versus A2 milk: The position of the organised dairy industry 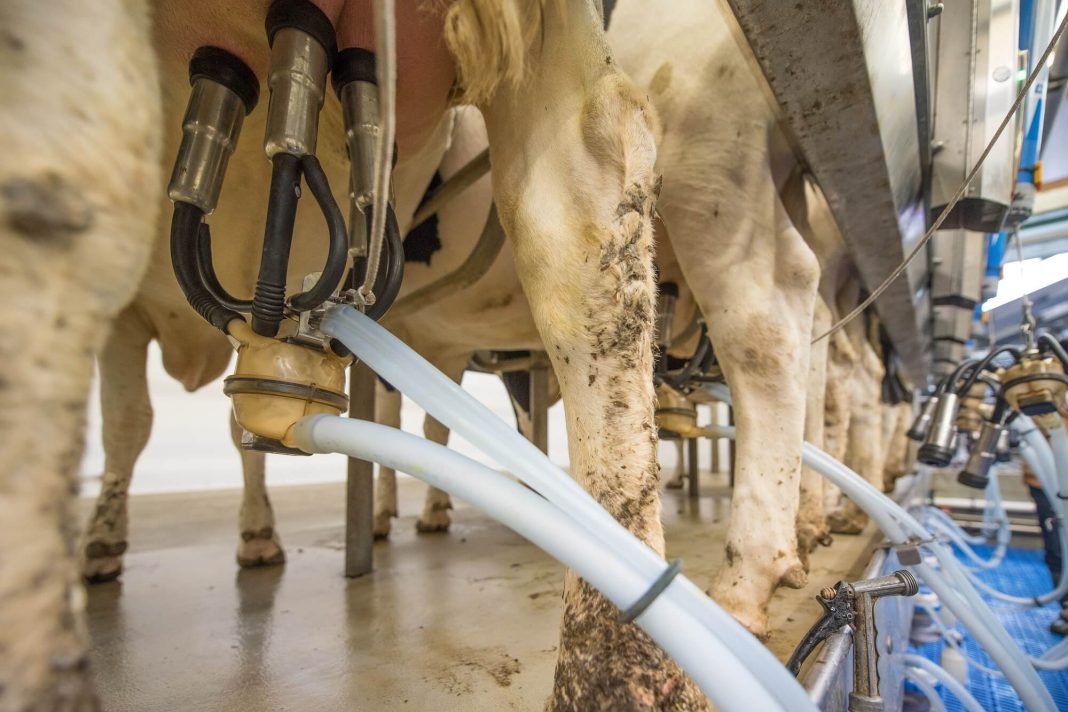 The difference between A1 and A2 milk is associated with a variation in the protein composition of cow’s milk. Both A1 and A2 variants are proteins in the casein group, which makes up around 80% of proteins. The two variants are almost identical, apart from one amino acid at position 67 of the polypeptide (amino acid chain) – A1 has histidine whereas A2 has proline.

The milk of modern dairy breeds differs in their composition of A1 and A2, with the highest frequency of the A1 variant observed in Holstein (0,31 to 0,66) and Ayrshire (0,43 to 0,72) breeds, and A2 in Guernsey (0,88 to 0,97) and Jersey (0,49 to 0,72) breeds. Being the most popular breed and providing the most milk, the Holstein introduces a comparatively high proportion of A1 milk into the South African market.

The effect of A1 milk

There are claims as to the negative effects of A1 milk, which are associated with the histidine at position 67 of the polypeptide. When A1 milk products are digested, the histidine cuts the polypeptide into a shorter peptide with seven amino acids called β-casomorphin-7 (BCM-7).

In the case of A2 milk the proline prevents a split at this site, thereby preventing the release of BCM-7. BCM-7 is associated with opioid and cyto-modulatory properties that, among others, could have inhibitory effects on the immune system. It has also been implied that A1 milk is not as easy to digest and absorb as A2 milk, and some have claimed that A1 or A2 milk may be associated with increased risk of developing type 1 diabetes, autism, schizophrenia and coronary heart disease.

Outcomes of research on BCMs

The following is a summary of research results:

None of the outcomes of studies done could either show a likelihood of a relationship or establish a cause-effect relationship between the oral intake of BCM-7 or related peptides, and the aetiology and development of any of the suggested diseases.

Bearing in mind the aforementioned research evidence, the fact that milk presented to the consumer has mostly been processed in bulk from various sources, and that even dairy breeds with comparatively high frequencies of A1 do contain A2, the organised dairy industry cannot support any action to discredit A1 milk or promote A2 milk at the expense of A1 milk.

From the regulatory environment the position is supported by the Department of Agriculture, Land Reform and Rural Development with the following statement: “The department is aware that there are local producers/manufacturers/retailers who are considering indicating the presence of the A2 protein or the absence of the A2 protein (or both) in their milk/dairy products.

“However, in view of the current lack of South African based supporting scientific research around A2 type of beta-casein protein, the absence of a commercially available test and the legal status of the trademark, the use of the aforementioned claims on dairy products regulated under regulation R 1510 dated 22 November 2019 will not be allowed in terms of regulation 32(3)(a) and (5).” – Dr Heinz Meissner, research and development project manager, Milk SA, and Maretha Vermaak, dairy consumer education project, Milk SA