“Truly understanding the principle of conservation agriculture was a lightbulb moment for me. It has shed light on the way forward, and each day fills me with excitement as this brings us closer to our goal,” says Egon Zunckel, a crop farmer from Bergville in KwaZulu-Natal.

Egon is one of a number of leading figures in the country, initially because of his no-till practices and now with his conservation agriculture approach. It was touch and go in the mid-1980s though, when the Zunckels almost lost their farm, Rustenburg. Today the situation is very different and Egon runs a successful farming enterprise with his sons, Tyson and Carl, with farms near Bergville as well as Warden in the Free State.

“My father was 56 when I was born, and I was the oldest child. By the time I went to the Army, he was no longer strong enough to properly manage the six farms on his own and had to sell them off one by one. The completion of my military service in 1983 was just in time for me to save Rustenburg. I was able to obtain a Land Bank loan and with the grace of God, the farming enterprise was able to move forward again.”

In the early days, he explains, conventional farming practices such as ploughing and planting were still his only farming approach, but he faced specific challenges that eventually led him to search for other solutions.

“We had major problems with runoff, erosion and compaction in our fields. At the time Mike Frost was the fertiliser salesman at Berg Agri Solutions. After a visit to Brazil, he told me about no-till practices and mulching. I switched to mulching, a process through which you keep the organic material on the ground and cultivate it with a chisel plough.

“I followed this practice for approximately four years before starting to experiment with no-till. We planted maize among wheat stubble and saw an improvement of two tons per hectare.”

However, after a visit to America he realised that no-till tends to only staunch the proverbial bleeding. It is merely an initial emergency measure, because conservation agriculture is about so much more.

Effect of a cover crop

“To give you an idea of the impact of a cover crop: One of our centre pivot fields yielded a particularly disappointing maize crop one year. The maize plants fell over and we harvested only seven tons, probably as a result of nematodes, Fusarium and poor management of fungi.

“We planted oats directly between the maize without cultivating it. The following year we had a relatively average soya bean harvest, perhaps because we planted the soya too soon after the oats had been sprayed.

“After that particular soya bean crop, we harvested a wheat crop, all eight tons of it – it was our best harvest ever. The maize that was planted directly in the wheat stubble yielded an average of 15,6 tons on the 50ha pivot. In one strip a 16,3t/ha yield was measured. Two years later the adjacent pivot, on which no oats were planted, still had a weaker yield of two tons than this pivot with its oats.”

Egon says this experience motivated him to take cover crops seriously. “This was the start of our cover crop plantings. We have since incorporated cover crops as standard practice once the soya beans have been harvested. The order we follow is two years of maize, one year of soya beans and then a cover crop.

“After the soya have been harvested it is usually still warm and there is still enough moisture in the soil for a cover crop to germinate. We therefore plant a cover crop on a particular field every three years – the winter of the third year.”

Egon is now at a point where the entire conservation agriculture principle makes sense. “Our goal is to leave the soil undisturbed, to have proper organic cover on the ground at all times and to have living roots in the soil every day of the year. This gives rise to diversity; in other words, more than just one species at a time in the soil.”

He says they have not yet mastered the last goal in its entirety. With cover crop mixtures they are slightly closer to the goal, and now include several species such as radish, turnips, oats, legumes and different grass types.

“The last goal is a livestock factor. If our aspiration is to imitate nature as closely as possible, we cannot argue against the presence of cattle. When we first started with no-till we believed that animals on the fields would only harm the soil. Today, we know just how important the livestock factor is, especially if you can manage the cover crops according to high pressure grazing principles.”

Egon says the livestock factor probably gave them the biggest breakthrough, as it returns carbon to the soil. “My first calculations were focused only on covering the cost of the cover crops through the livestock factor. However, the livestock component developed into a full-fledged source of income, which does not take a back seat to the yield per hectare that the grain crops deliver.

“We buy weaner calves of approximately 220kg in KwaZulu-Natal to utilise the cover crops from April onwards. With the help of a good lick, they gain approximately 200kg during winter. In normal years, we sell approximately 80% of them directly from the oats grazing. We send the rest to the feedlot until they are ready to be marketed.”

The last few years were characterised by extremely dry seasons, and they were forced to provide their weaner calves with maize. There is an interesting phenomenon that Egon increasingly observes: The build-up of carbon in his fields as well as a higher organic content in the soil, cause the fields to be less vulnerable to drought.

“I am convinced that our fields now have the capacity to withstand drought better. It is all about a higher percentage of carbon in the soil, with better water retention ability.”

His next challenge is to develop effective techniques to have living roots in the soil every day of the year. To make this a reality, he will need to establish a cover crop between the rows of maize when the plants are knee-high. This will allow the cover crop to germinate and to remain dormant until the maize plants die and the sun can finally reach through the leaves.

Life in the soil

Egon is very comfortable with the carbon content of his fields. During the first ten years of his no-till system he managed to increase the carbon percentage in his soil from approximately 1,2 to 2,6%.

The life that returned to the soil is equally important to him. “Life in the soil affects the life above the soil, and vice versa. It’s all a matter of balance.”- Izak Hofmeyr, Stockfarm 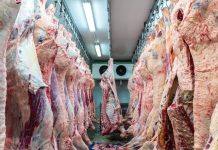