Transforming how we think about fibre nutrition in animals

Fibre nutrition in animals is still in its infancy compared with the current depth of knowledge in amino acids and certain vitamins and minerals. There is increasing interest in the use of high-fibre ingredients due to their perceived benefits on gut health.

Significant advancements in carbohydrate analysis have enabled diet formulators to increase the use of fibrous ingredients in their rations, typically to ameliorate post-weaning diarrhoea, induce satiety or improve feed costs. While some high-fibre ingredients may help reduce diet costs, others may not be cost-effective in certain situations.

We need to transform the way we think about fibre and the strategy we use to measure its success as a nutritional intervention.

Fibre refers to complex carbohydrate structures that are resistant to endogenous mammalian enzymes. Dietary fibre can be broken down by enzymes expressed by microbiota inhabiting the gut, subsequently producing fermentation by-products that elicit health benefits to the animal. Not all fermentation results in beneficial metabolites; protein fermentation produces putrefactive factors that are detrimental to animal health. Fermentation of undigested protein reaching the hindgut is a major contributing factor to post-weaning diarrhoea.

There are currently no recommendations to meet fibre requirements in monogastric animals. We incorporate fibrous ingredients into the diet not because the animal has a fibre requirement per se, but rather to induce a specific response such as an improvement in faecal consistency or to stimulate satiety.

Certain characteristics of fibre elicit physiological effects on the gastrointestinal tract, the extent and location of which depend on the type of fibre. We currently characterise fibre as being soluble or insoluble, as opposed to fermentable or non-fermentable, because this can be easily and repeatably measured using available analytical procedures. However, solubility is not the same as fermentability, but soluble dietary fibre is typically more rapidly fermentable than insoluble dietary fibre.

Soluble fibres may increase the viscosity of digesta and delay gastric emptying. Viscosity can impose more issues in poultry than in swine, but may also play a significant factor in the growth of the young pig.

Fermentation of soluble fibres in the hindgut produces organic acids that are utilised as an indirect energy source for
the host animal. Significant amounts of organic acids may lower pH with antimicrobial effects that act as a competitive exclusion strategy by commensal and beneficial bacteria to outperform pathogens. Fermentation by-products also stimulate goblet cell production to increase mucus secretion, improving gut permeability against toxins and pathogenic bacteria.

On the other hand, insoluble fibre increases bulk and stimulates peristaltic movement of feed material through the intestinal tract. This also prevents stasis and limits the time that pathogenic and opportunistic bacteria proliferate. Pathogens may also adhere to insoluble fibre, preventing attachment to the intestinal epithelium. The balance between soluble and insoluble fibres will depend on the desired response from the animal.

Fermentation on the hindgut

Fibre fermentation in the hindgut results in the production of short-chain fatty acids that include acetate, propionate and butyrate (Figure 1). The beneficial role of butyric acid in gut health is widely accepted in the realm of nutrition. The contention exists in its form of application and whether it is more effective to supplement via the feed, or through stimulation of microbial production within the host.

Several bacterial species inhabiting the hindgut produce butyric acid through fermentation of prebiotic fibres. This is an effective way to supply butyric acid in the large intestine where it evokes benefits to the animal.

However, there are also several species that ferment undigested protein that reaches the hindgut, resulting in toxic by-products that could damage the gut epithelium. Nutritionists reduce crude protein levels of early nursery diets in production systems with limited use of antibiotics or zinc oxide for this very reason.

Many of our common high-fibre ingredients contain nutrients other than fibre that may be utilised by the animal. Oats are a good source of prebiotic β-glucans but are also a good source of starch. Distillers dried grains with solubles (DDGS) contain high levels of insoluble fibre as well as an economical source of amino acids. Sugar beet pulp is high in soluble fibre, making it highly fermentable, but this ingredient also contains a high concentration of insoluble fibre.

The point here is that traditional sources of high-fibre ingredients rarely contribute only fibre to the diet. Some ingredients may even introduce mycotoxins and other toxic compounds into the diet that will inhibit growth.

The various types of carbohydrate structures among high-fibre ingredients call for distinct feeding strategies. For example, post-weaning diarrhoea is often multifactorial so several strategies must be implemented to address the issue, ranging from the diet to the environmental conditions the swine are in.

Antibiotics and the therapeutic use of zinc oxide have traditionally masked the harmful effects of some of the causal agents. Without these technologies, strict biosecurity protocols, proper husbandry practices, and specific diet formulation strategies need to be implemented in conjunction with one another.

From a nutritional standpoint, minimising undigested protein and rapidly fermentable carbohydrates reaching the hindgut by utilising the right fibres can help improve faecal consistency. The challenge in supplementing fibre is identifying when to use which type of ingredient or fibre supplement.

It is important to consider the concentration of total dietary fibre in the complete ration. Increasing dietary fibre may result in unexpected
consequences if the ration is not balanced to accommodate higher levels of fibre. Although the animal can utilise fermentation by-products as a source of energy, high levels of dietary fibre may also decrease digestibility of certain nutrients.

It is important to be aware of which ingredients contribute to fibre in the diet. For example, a wheat- and barley-based ration will have a higher concentration of soluble and fermentable fibre compared to a diet using maize as its main cereal grain.

Is it possible to elicit the favourable effects of fibre without sacrificing performance? Yes, but it requires an in-depth understanding of the entire dietary fibre fraction using appropriate analytical techniques. The crude fibre method tells very little about the true fibre content of most feedstuffs, hence the term ‘crude’.

The detergent fibre methods are an improvement over crude fibre but do not tell the whole story. Total dietary fibre, specifically looking at insoluble and soluble fibres, including low-molecular weight sugars, represent a more complete picture of the fibre fraction and its potential consequences when fed to an animal.

Food animal agriculture is deep-rooted in progress and innovation. Stakeholders constantly adapt to the ever-changing regulatory landscape that dictates how the industry can produce and market its products. Many parts of the world are limited in feed technologies that can be used to improve growth performance.

The use of conventional antibiotic growth promoters has declined over the years and ractopamine hydrochloride is banned in many countries. More recently, pharmacological levels of zinc oxide are being phased out in the European Union.

The next innovative feed solution may prove efficacious, but legislation will dictate its use. An ingredient such as a functional fibre will unlikely have any regulatory opposition because of how it is produced and how it affects the animal.

Read about getting the best out of feed for feedlot cattle.

Next generation functional fibres are active ingredients that have beneficial physiological effects on the animal. HP FibreStart is enzymatically co-processed protein and fibre material designed to provide an excellent source of amino acids and functional fibres to stimulate growth and gut health.

Specific enzymes hydrolyse sections of the carbohydrate framework to reduce viscosity while maintaining the desired structural functionality of fibre. This targeted cleaving enhances the concentration of carbohydrate fractions that stimulate the proliferation of beneficial bacteria in the hindgut, resulting in the production of short-chain fatty acids. – Dr Diego Navarro, swine nutritionist, Hamlet Protein

October 3, 2022
Estimated reading time: 3 minutes Following a lack of any meaningful progress with regard to rural road maintenance, Agri Eastern Cape has had to turn to the courts as the next step in accordance...
Read more

Are your seeds coated with advanced technology?

October 3, 2022
Estimated reading time: 2 minutes Agricote® Advanced Seed Technology has been in South Africa for over 20 years.Independent universities have performed both field and laboratory research for the past 15 years.Continuous development of new...
Read more 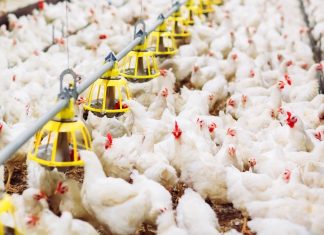