Home General agriculture Veld, weeds and fire: The good, the bad and the ugly 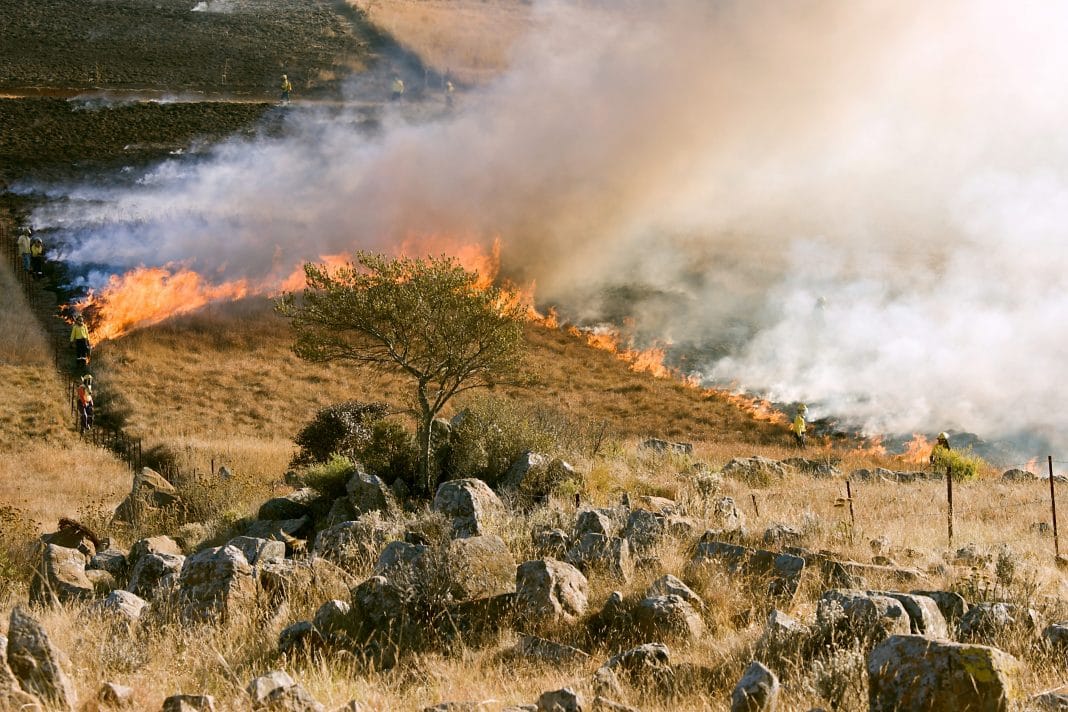 A sizeable part of South Africa’s native vegetation has naturally adapted to burn quite often and fynbos, grassland and bushveld all burn at some stage during their growth cycles. Preventing this vegetation from burning results in massive accumulation of biomass that can cause devastation when the next wildfire occurs. Farmers are accustomed to preparing fire breaks in the dry season and burning old veld to stimulate the regrowth of grazing.

Wattle trees are especially problematic in the Drakensberg region. Black wattle (Acacia mearnsii) and silver wattle (Acacia dealbata) are the main culprits. Since the inception of the Working for Water programme in the mid-1990s, there have been large-scale attempts to bring wattle trees under control with ringbarking and chemical control.

Studies that evaluated the impact of clearing wattles in the Drakensberg, found that most infestations where standing trees were treated, had experienced destructive wildfires one to three years following treatment, and the soil surfaces had been scorched. The burnt soil surfaces became water repellent and prone to surface wash. This resulted in large-scale soil erosion, the worst of which included the formation of dongas.

Wattle seeds have a hard seed coat that protects the embryo from the heat of fire. However, the heat stimulates the germination of seeds in the burnt area within days after the fire. The intensity of these wildfires is enormous, and little vegetation other than wattle regeneration remains to bind the soil.

Grassland areas that are invaded by wattles become wattle forests that burn fiercely during wildfires and afterwards turn into impenetrable wattle thickets that are of little use. Felling trees, using the wood, planting grass between staked brush lines and controlling seedlings would be more beneficial to the environment.

Wattle control also needs careful planning because old wattle stands are valuable sources of timber that can be utilised for energy and building material. In some areas the removal of wattle trees has resulted in local communities relying on indigenous forests for firewood.

Paraffin weed (Chromolaena odorata) is a tropical shrub that invades forests, bushveld and grasslands in KwaZulu-Natal, Swaziland, Mpumalanga and Limpopo. The oil in this weed makes it flammable in the dry season, when plants become moisture stressed.

Indigenous forests do not burn naturally, but once they are invaded by paraffin weed, dry season fires can be carried into the forest when the weed ignites. Under the right conditions fires can be used to control the plant in veld areas because it is semi-woody with a shallow fibrous root system. However, it should never be used to control the weed in indigenous forests.

Indigenous forests take decades to recover after a wildfire and are susceptible to invasion by many other species that are harder to kill than paraffin weed. Biocontrol against this weed is recommended in indigenous forests.

Pompom weed (Campuloclinium macrocephalum) is a grassland invader and is most troublesome on the Highveld. It is a perennial herb that produces annual stems from an underground rootstock. Unlike paraffin weed, it does not pose a direct fire threat but rather an ecological one.

The plant is dormant in soil during winter, so wildfires pass harmlessly overhead. However, the heat stimulates the rootstock to resprout before grass can regrow and the shoots form a thick, leafy canopy that smothers emerging grasses.

Fire significantly increases the density of pompom weed on the Highveld. However, it has also been found to destroy seeds on the soil surface and kill germinating seeds in the topsoil, which means that it can be used to control the weed as part of a holistic treatment plan.

Controlled burning can be combined with herbicides to kill regrowth, attacking both seeds and plants in quick succession. Regrettably, fires are seldom followed by spraying, so the problem continues to worsen despite access to cost-effective control options.

Uncontrolled fires not only destroy the habitat of fauna and flora, but the loss of topsoil and changes to soil structure also permanently influence which plants grow at the site. Other knock-on effects include loss of biodiversity, carrying capacity and productivity.

In contrast, controlled fires are a powerful tool in the holistic management of fire-prone vegetation, but the risks are significant and the line between success and disaster is fine. Wildfires can cause major damage and farmers need to carefully evaluate their fire prevention strategies to prevent their farms from becoming tinderboxes. –Jeremy Goodall, ARC Plant Health and Protection