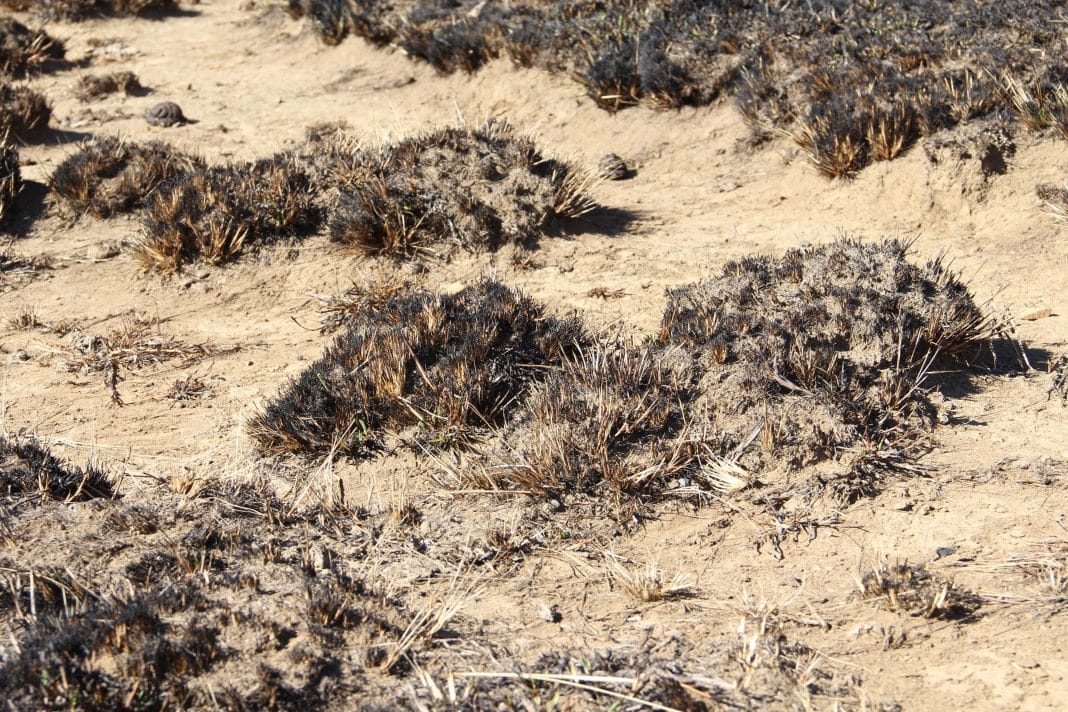 “Our red grass did not seed this year,” said Cas Human of the Van Reenen area a few months ago. Arthur de Villiers, a well-known stud breeder, confirmed this statement shortly thereafter at a farmers’ day: He noticed the same problem with red grass in the area where he farms between Memel and Vrede in the Free State.

Stockfarm spoke to Rick Dillon of Waterfall Farm near Van Reenen, hoping to find some answers. Years ago, Rick completed his master’s dissertation on red grass under Prof Neil Tainton.

Rick grew up in the region and was an extension officer in Harrismith for many years. He has a burning passion for the environment and was instrumental in the establishment of the 60 000ha conservation area on the Van Reenen escarpment.

According to Rick, there can be several reasons why the red grass did not seed. This occurrence, however, compelled him to remark on the concept of regenerative agriculture, a practice that is gaining traction in especially crop farming.

The first point he makes is that red grass has been under enormous pressure for decades due to grazing and management practices commonly applied in the region.

“There are stretches of veld that have been severely trampled. These areas appear white in winter, compared to the reddish colour of the red grass, and are usually unused fields, places where livestock have spent the night, or overgrazed areas. In short, the veld is showing significant damage. If you look at the winter veld today, the white areas are much more extensive than the red areas. Red grass should actually represent 75% of the veld.”

His second point is that fires have a huge effect on the veld. Whereas fires used to occur due to lightning that set the veld ablaze in early spring and late summer, the current situation very different.

“Farmers burn their own veld every year to utilise the newly sprouting grass, known as the ‘spring flush’. The veld does not really get a chance to build up organic matter. This leads to severe erosion, water that cannot penetrate the soil and veld degradation.”

The third point Rick emphasises is the fact that the use of urea has brought about a complete revolution in the utilisation of sourveld on the Highveld.

“Traditionally farmers had to move to sweeter parts in winter because the veld couldn’t sustain the animals throughout the season. Urea has completely changed this; it is now possible for livestock to overwinter on the veld where they can utilise dry, unpalatable grass. However, this has increased pressure on red grass.

“We are now faced with a situation where red grass has not only been burned, but also severely overgrazed. Instead of moving livestock to Natal for the winter as was traditionally the case, the veld is now continuously utilised.”

Nature of the red grass tuft

His fourth point pertains to the nature of the red grass tuft. “The growing points of other grass species in the area are found underground. The growing point of red grass, however, is situated in the tuft above the ground. This means that intense fire or even intense frost can destroy the growing point,” he explains.

The question as to why the red grass did not seed this year, he says, can have several answers. It could have been caused by intense fire, or by intense frost during late spring. Both these phenomena, however, will likely be localised.

“It is also possible that the drought, which only truly broke in January this year, resulted in a shortened growing season, which would have prevented the grass from following its normal physiological cycle.”

Rick believes that the lack of red grass seed is not due to climate change. “Many other factors can lead to this phenomenon. It should, however, be a wake-up call for us to do a thorough assessment of the condition of our veld.

“Climate change is a reality and its effects will be harsh. For that reason, we need to ensure we have all the weapons in our arsenal to combat it. And healthy veld is a very important weapon in this fight.”

According to Rick, something is very wrong with the veld if you or your horse often stumble over uneven tufts. “The tufts grow on a ‘soil platform’ and the ground level is significantly lower between these tufts. This is a sign of erosion and a low percentage of organic matter.

“These soil platforms are indicative of the original soil level. The soil, however, is gradually being blown and washed away. With each fire, more of the organic matter that could help mitigate erosion is destroyed. It also drastically reduces moisture penetration as the rain is washed away instead of penetrating the soil surface.”

“The answers to these four questions will indicate what your goals for healthy veld should be. Firstly, you need to have as much organic material as possible on the soil between the grass tufts. Secondly, the number of red grass seeds reaching the soil must increase and thirdly, there should be no soil platforms,” he explains.

Rick believes that grass farmers should have sound knowledge of what regenerative agriculture entails. “It is necessary to study existing management practices very carefully and assess its merit according to how well the veld has responded over time.”

In the crop industry the general approach to regeneration is based on several pillars, including a top layer of organic matter on the soil, living roots in the soil every day of the year, and the effect of livestock on the soil. This includes the recirculation of manure and urine, as well as the trampling effect of hooves that break down the soil’s compaction layers. These goals are equally applicable to the veld. The goal is to build up as much carbon in the soil as possible, which improves water holding capacity and increases potential.

“Although I do not really have an answer as to why the red grass did not produce seed, I’m convinced it should serve as a warning to us about the way we ‘empower’ our veld to overcome climate change challenges,” he says. – Izak Hofmeyr, Stockfarm

Can you summarily dismiss an employee?