The rooibos industry disbursed the first round of benefit-sharing funds to the National Khoi and San Council (NKSC) and the South African San Council as part of an access and benefit-sharing (ABS) agreement that was signed between the parties in 2019.

To ensure financial propriety, a lengthy, but necessary administrative process preceded the R12,2 million payout. As a signatory to the Nagoya Protocol, South Africa (SA) requires all who trade in indigenous biological resources, such as rooibos, to share benefits with traditional knowledge holders in a fair and equitable way.

Negotiations between the parties began as far back as 2014 when the Khoi and San were recognised by the South African government as the rightful traditional knowledge holders of rooibos.

The rooibos ABS agreement is a first of its kind in the world. Other agreements involved specific companies and traditional knowledge holders, whereas this agreement encompasses the entire industry, ensuring all volumes of rooibos sold are levied through one process.

The rooibos industry – represented by the SA Rooibos Council (SARC) – confirmed that a benefit-sharing levy of 1,5% of the farmgate price of rooibos will be paid out to a trust annually.

The use of the funds will be independently decided by the NKSC and South African San Council, which respectively represent the Khoi and San. Its use is primarily intended for the upliftment of these communities. An annual report, detailing the distribution of funds, will be submitted to the Department of Environment, Forestry and Fisheries to ensure complete transparency.

Read more about the pros and cons of urban farming. 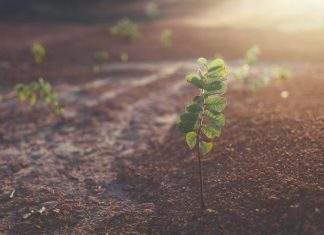