Grain SA salutes the cream of the crop

Grain SA (GSA) awarded the grain producers involved in its Farmer Development Programme for their dedication and hard work during its recent day of celebration held at Nampo Park. The programme focusses on assisting active farmers in boosting grain profitability, while food security is also addressed in the process.

Dr Sandile Ngcamphalala, manager of the Farmer Development Programme, says the winners are shining stars, but this does not discredit the rest of the top-performing farmers. He believes agriculture can heal the nation. In addition, awards ceremonies, such as the GSA/Syngenta Grain Producer of the Year Awards recently held in Boksburg, also afford developing farmers the opportunity to rub shoulders with the best producers both locally and globally.

This season delivered nine new-era commercial farmers in the 250-ton-grain-producing club, while 16 producers graduated to the 500-ton club. Petrus Letsitsa from Henneman in the Free State as well as Mabuza (potential commercial farmer winner) both graduated to the 1 000-ton club. GSA’s KwaZulu-Natal regional co-ordinator, Jurie Mentz, says Mabuza was also a finalist in its Grow for Gold Competition last year where he was third in the Eastern Highveld area with a yellow maize yield of 14,7 tons/ha.

GSA’s regional development manager in the Free State, Johan Kriel, is pleased by the fact that the province produced three of the four new-era commercial farmers in this club. Samuel Moloi from Fouriesburg produced a total of 3 200 tons of yellow maize (an average of 6,7 tons/ha) and harvested soya bean at an average of 2,4 tons/ha. He only operates on leased land.

Israel Motlhabane from Wesselsbron produced a total of 3 400 tons of maize and planted sunflowers. Motlhabane bought his first farm, Annasvlei, at an auction in 1996 and leases additional land. Frans Mokoena from Tweespruit produced a total of 3 889 tons of maize, while he harvested soya beans at an average of 2,6 tons/ha. Mokoena, a previous winner of the new-era farmer of the year award, also planted sunflowers.

Mentz says he is extremely proud of all the new-area commercial farmers from Mpumalanga. This includes Badge Skosana (Witbank) who planted 480ha of soya bean and harvested an average of 3,3 tons/ha. Skosana planted 120ha maize and produced a total of 660 tons (average of 5,5 tons/ha). – Christal-Lize Muller, AgriOrbit 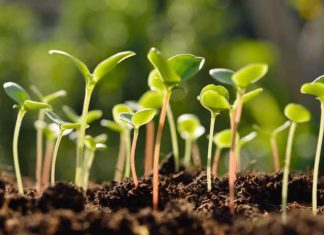