The regional candidates for the Agricultural Writers SA (AWSA) Xhariep awards were officially announced on 21 October during an awards event at the Durbanville Hills Wine Estate near Cape Town. The candidates were nominated by AWSA Xhariep’s members in the Farmer of the Year, Agronomist of the Year and New Entrant to Commercial Agriculture categories. They will now compete in the national awards event against candidates from the northern region (Limpopo, Mpumalanga, Gauteng, North West, KwaZulu-Natal and the Free State).

Farmer of the year

This award focusses on sustainability in the agricultural industry and the judges at national level will look more specifically at aspects such as biological productivity, risk management, management of natural resources, economic stability and social responsibility. Leadership in the industry, management skills and decisions that further contribute to sustainability will come under the spotlight.

Here is Xhariep’s candidate for the Agricultural Writers SA Farmer of the Year award:

The Milagro Farm started as a dairy farm, developed into an innovative beef breeding entity, entered sheep farming, became a renowned auction host, and now has a local butchery to which people travel from far and wide.

Milagro, situated near Oyster Bay in the Eastern Cape, is 495ha in size with an additional 700ha (hired) that adjoins the farm. The Milagro Holstein herd was established from the Saragossa herd in 1996. With a milking herd of 400, 300 are registered Holstein and 100 are Jersey cows.

The farm has a beef herd of 400 registered Simmentaler and Angus cattle, 200 commercial cattle, as well as a 2 000 sheep and a registered Charolais herd.

Agriculturist of the Year

This year the focus is on agricultural extension services in the Agriculturist of the Year category. The people in the industry who give advice, share research in an understandable way, give training, and who also do the research themselves to be specialist advisors, are an important link in the food value chain.

Producers rely on the knowledge and practical advice of these experts’ guidance to make better decisions on their farms.

The candidates from Xhariep are:

For the first ten years of his working career, Dup worked in the pedology department of the Agricultural Research Council-Institute for Soil, Climate and Water, where he conducted research on crop water management and erosion models and was responsible for the Ellisras land type map.

During his studies, he specialised in groundwater management, which led to the establishment of irrigation scheduling as a profitable commercial business in the Northern Cape. Through his holistic approach to production practices, he has established a team of expert advisors who focus on various aspects of agronomy and soil science, as well as the economic facets of farming. During the precision farming era, Dup’s team quickly adapted to fill the gap between technology and its application. With the help of Stellenbosch University, this team became one of the first in the country to use remote sensing through regular satellite images as a tool during guidance.

Dup built this team (comprising 18 people) up to where it is today – one of the most respected agricultural teams in the country. With a total-package approach (holistic approach), a wide variety of facets are covered, and they have a sharp focus on data capturing and processing to the benefit of the producer.

Twenty years ago, Conrad Schutte began his career in the viticulture industry, where he swiftly made his way through the ranks through hard work and determination. Twelve years ago, he joined the wine industry organisation, Vinpro, where he is presently the head of their advisory services. Since joining Vinpro in 2010, he has ascended the corporate ladder, beginning as a regional viticulturist for the Stellenbosch region before being promoted to assistant manager: consultancy services, to where he is today.

His credentials include a BSc honours degree in agriculture and an MBA from Stellenbosch University. From his beginnings as a cellar assistant at the Plaisir De Merle Wine Estate, his experience has grown immensely.

Conrad’s expertise in viticulture research and practical experience in the vineyard, not only locally but internationally, is a primary virtue that sets him apart from his competition. He is a well-rounded candidate who possesses superior knowledge and extensive experience.

The third category, New Entrant to Commercial Agriculture, produced two candidates from the region. The focus falls on farmers who have made the leap from subsistence farmer level to small-scale farmer, to a fully fledged commercial producer over the past ten years, and who have already achieved success on various levels and are still forging ahead.

The candidates in this category are Tshilidzi Matshidzula from the Eastern Cape and Johnny Karolus from the Western Cape. – Press release, Agricultural Writers SA 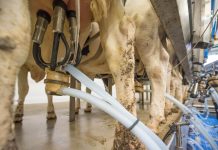